CrossFit judges play an important role at every stage of competition for every workout. Judges are there to help uphold the standard of competition across the field of athletes. This is the No. 1 rule and guiding tenet for judges to facilitate a fair competition.

But who are these judges, and how and why are they qualified to make the split-second decisions that create the fairest possible field of play?

During the CrossFit Games, athletes competing in the individual division are judged by the CrossFit Level 1 Seminar Staff. This cadre of judges holds the highest credentials possible. At a minimum, each holds a CF-L2 credential with most holding CF-L3 credentials and have been teaching the CrossFit methodology at the Level 1 and Level 2 Certificate Courses for years. They are the best in the business when it comes to having a keen eye for movement, and they aren’t afraid to throw out a “no rep.” There is a certain level of confidence that comes with being on the Seminar Staff, and that confidence is well earned. 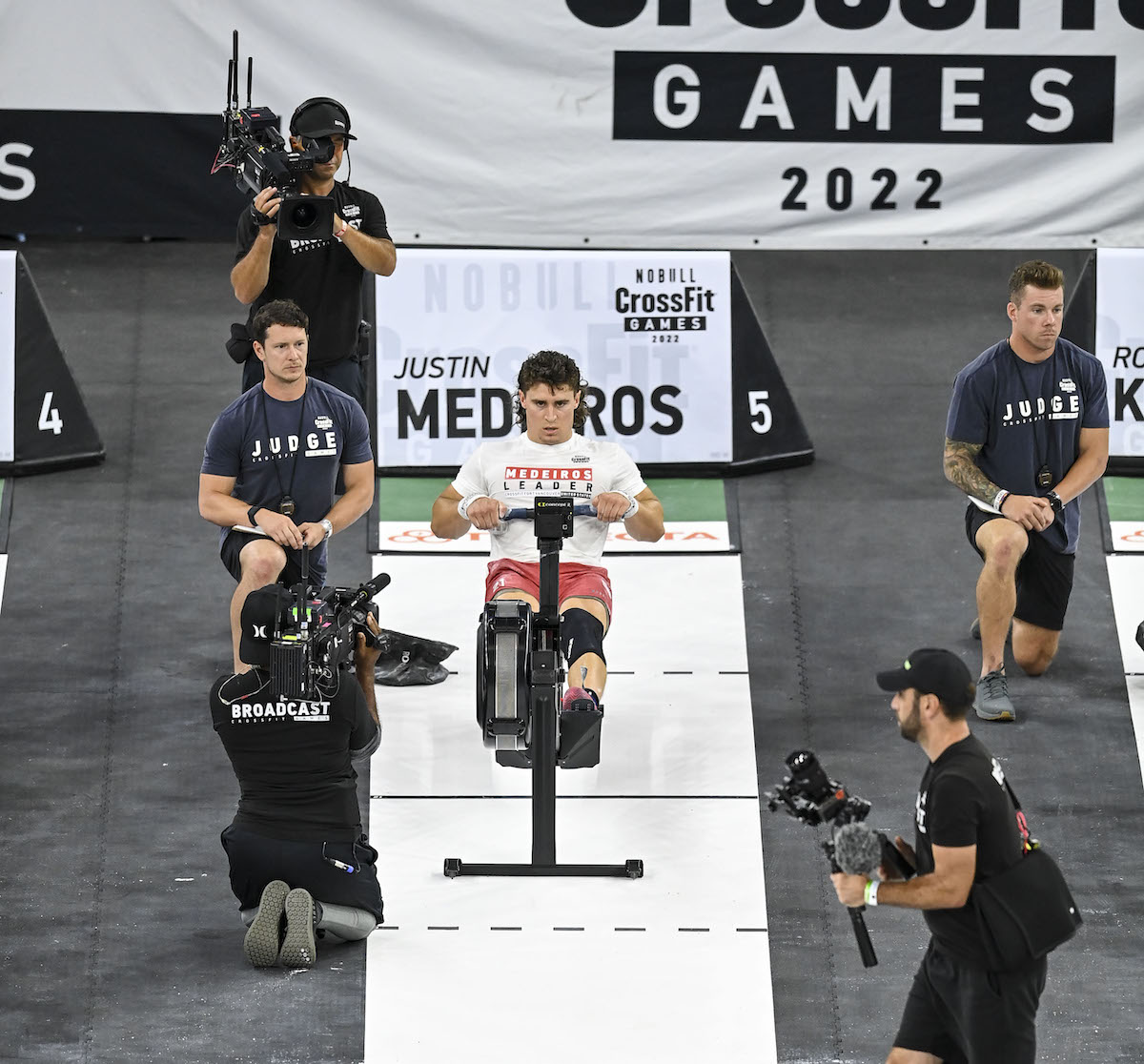 The judges for the team, age-group, and adaptive competitions are considered “volunteer” judges, but be wary of making any assumptions about this group’s qualifications. Our volunteer judges are well vetted before they ever get a chance to take the field at the CrossFit Games. Every year CrossFit turns down hundreds of possible candidates because they don’t yet have the credentials we require. At bare minimum, you must be a CF-L1 certificate holder and have taken the most recent Judges Course.  Our volunteers also must have previous judging experience at other live competitions. The application specifically reads, “Previous experience judging at Regionals, Sanctionals, Semifinals, or other live events required.” If someone is able to check all these boxes, we then look deeper. If potential volunteers also have experience judging virtual competitions via video review, they would be placed higher than someone who doesn’t. If they judge at their local affiliate during the Open, they are placed higher than someone who hasn’t. These judges are putting a great deal of time and effort into their craft, and they take it very seriously.

Once our volunteer judges arrive on site, they are immediately taken under the wings of our head judges. These head judges are part of the staff from CrossFit HQ. Volunteer judges then spend days before the competition learning the workouts and movement standards. They are tested and quizzed about where to stand, what to look for, and how to communicate. 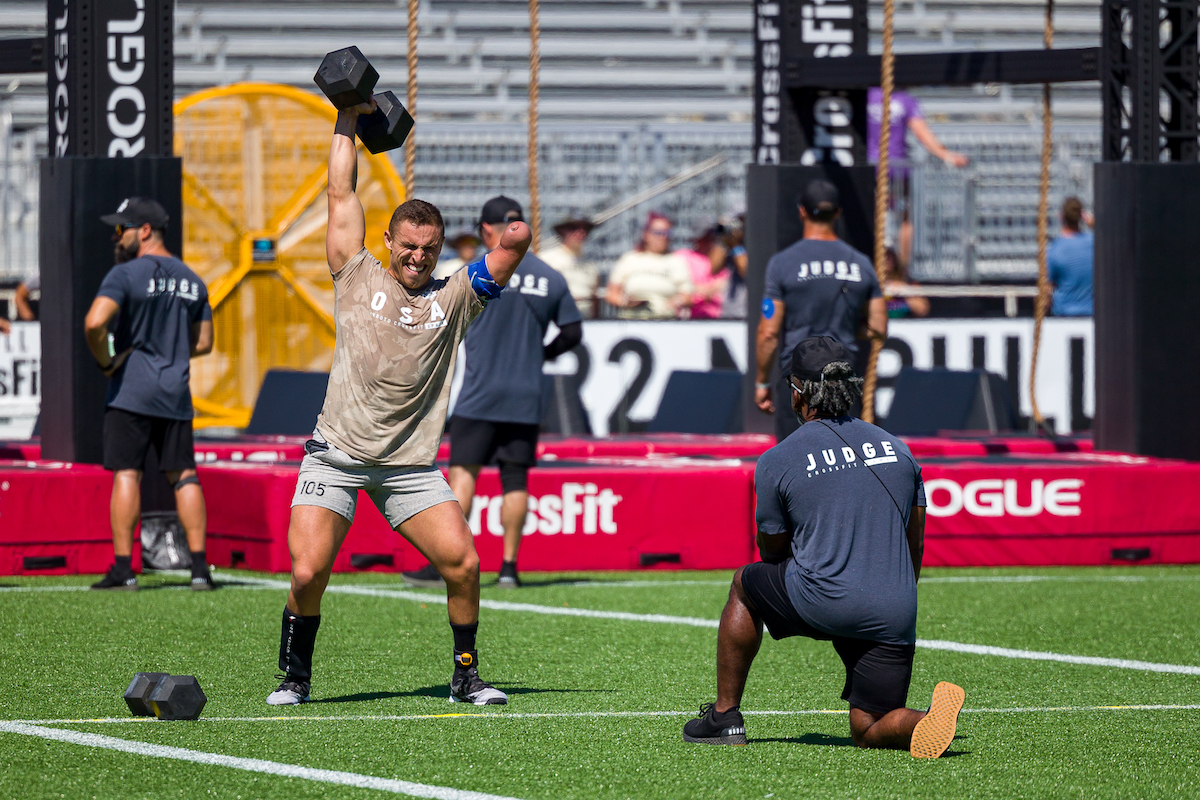 The Experience of Judging Live Competition

Once on the field, judges are never on an island. For every heat in every division, the head judges are on the field with them offering a broader view of the competition. You will often see a head judge move up to one of the field judges for a brief conversation. When this occurs, it’s most likely because the head judge was able to see something from a different perspective or angle. They communicate that to the field judge, and immediately changes are made.

Despite the requirements and training in place, in live competition, calls can be missed. That is part of all sports at all levels. Judges are human, and that human element negates the possibility of perfection. Head judges are responsible for identifying and assisting the field judges who need improvement. Sometimes it’s determined that a judge just doesn’t have what it takes to do the job. If this is the case, that judge is recognized and thanked for their effort, removed from the list, and not asked to return in a judge's role. If that happens, more often than not, those volunteers return and are placed on another team.

While judges are there to facilitate and create a fair competition, they ultimately share these responsibilities with the athlete. As stated in CrossFit Rulebook section 1.19:

In all stages of CrossFit Games competition, it is the athlete’s responsibility to adhere to the event format. This includes performing all required movements to the described standard; counting and completing all required repetitions; using the required equipment, loads, and floor plans; meeting the time requirements; and meeting all submission and video standards.

JUDGES have a responsibility to hold each athlete to the same movement standard. To do this well, they must be skilled and practiced enough to discern the standard under difficult circumstances.

ATHLETES have a responsibility to perform movements correctly. Athletes must recognize that the closer their movement is to the middle of the spectrum (between obviously bad and obviously good), the more they are demanding involvement from their judge. 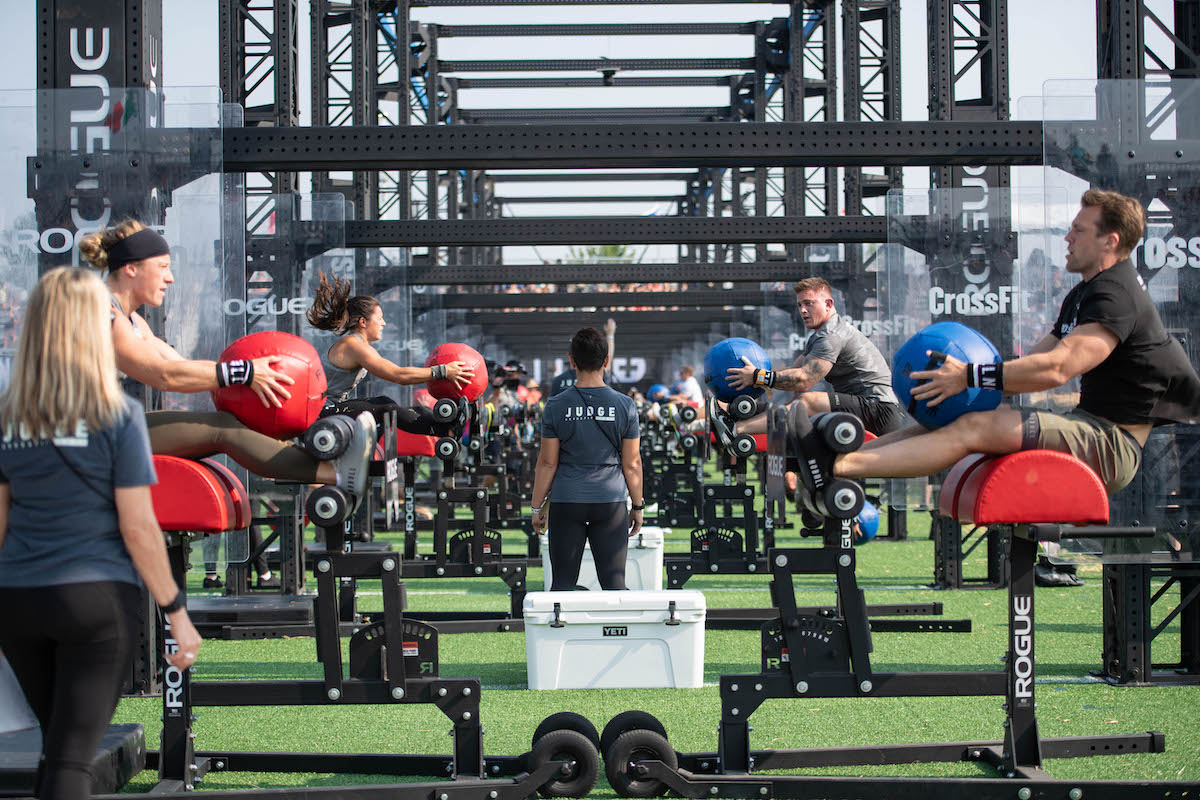 A Message for the Armchair Judges

Just like in other sports, the CrossFit world has armchair judges who are sure if they were on the field they would make the right call. My response to that is … show us! Get your credentials and volunteer. Go to your local competition and judge. Start assisting with video review during online portions of the season. When you have the sharp eye we are looking for, we would love to have you as part of our judging team. Until then, the next time you see a volunteer judge at the CrossFit Games or any local competition, thank them for their time and hard work. Without judges, we wouldn’t have the Sport of Fitness.

This article was featured in the September edition of The Hopper. Check out the email for insight on scoring adjustments, the 2022 CrossFit Games awards, 2023 season dates, and a note from Competition Director Adrian Bozman.