The final workout of the 2020 CrossFit Open was a triplet of muscle-ups, wall balls, and rowing for calories. For the first time in Open history, the final workout didn’t contain thrusters. We did see thrusters this year, but it was the dumbbell version that came in week two. This was also the first year we didn’t see chest-to-bar pull-ups as a movement in the Rx’d (ages 16-54) version of any Open workout.

Allowing athletes to choose how to break up their reps introduced a strategic element to the workout. Where to put the muscle-ups and how many to shoot for were big questions for athletes who have the capacity but weren’t able to finish 40 reps before the 20-minute time cap. In general, the muscle-ups are easier when fresh, but athletes who front-loaded too many ran the risk of not finishing the wall balls and row.

Workout 20.5 saw more athletes finish within the time cap than other weeks. Looking at the top 20 countries by participation, we broke up scores into four groups: scaled, no muscle-ups, some muscles, and finished. Of the top 10 countries, Spain had the highest percentage of athletes who finished the workout (17 percent) as well as the highest percentage of athletes with at least some muscle-ups (51 percent). 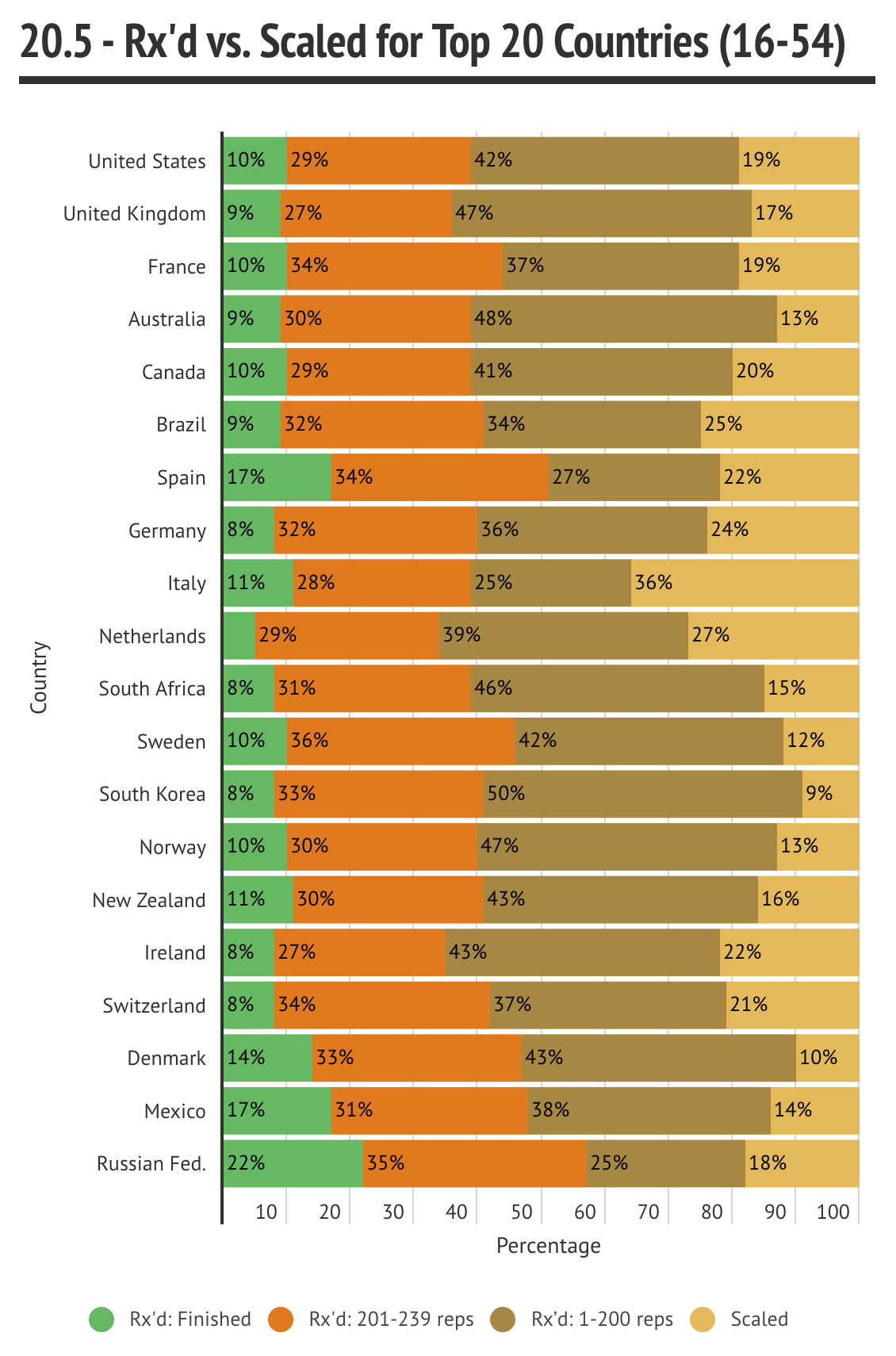 Muscle-ups are one of the most advanced movements we see in the Open. For 20.5, we saw a big differential between men aged 18 to 34 and the rest of the divisions asked to do muscle-ups. Sixty-seven percent of men 18 to 34 demonstrated the ability to perform at least one muscle-up compared to 19 percent for the women — 11,090 women perform at least one muscle-up, including 182 women aged 50 to 54. Twenty-three percent of men aged 18 to 34 finish the workout compared to three percent for the women. 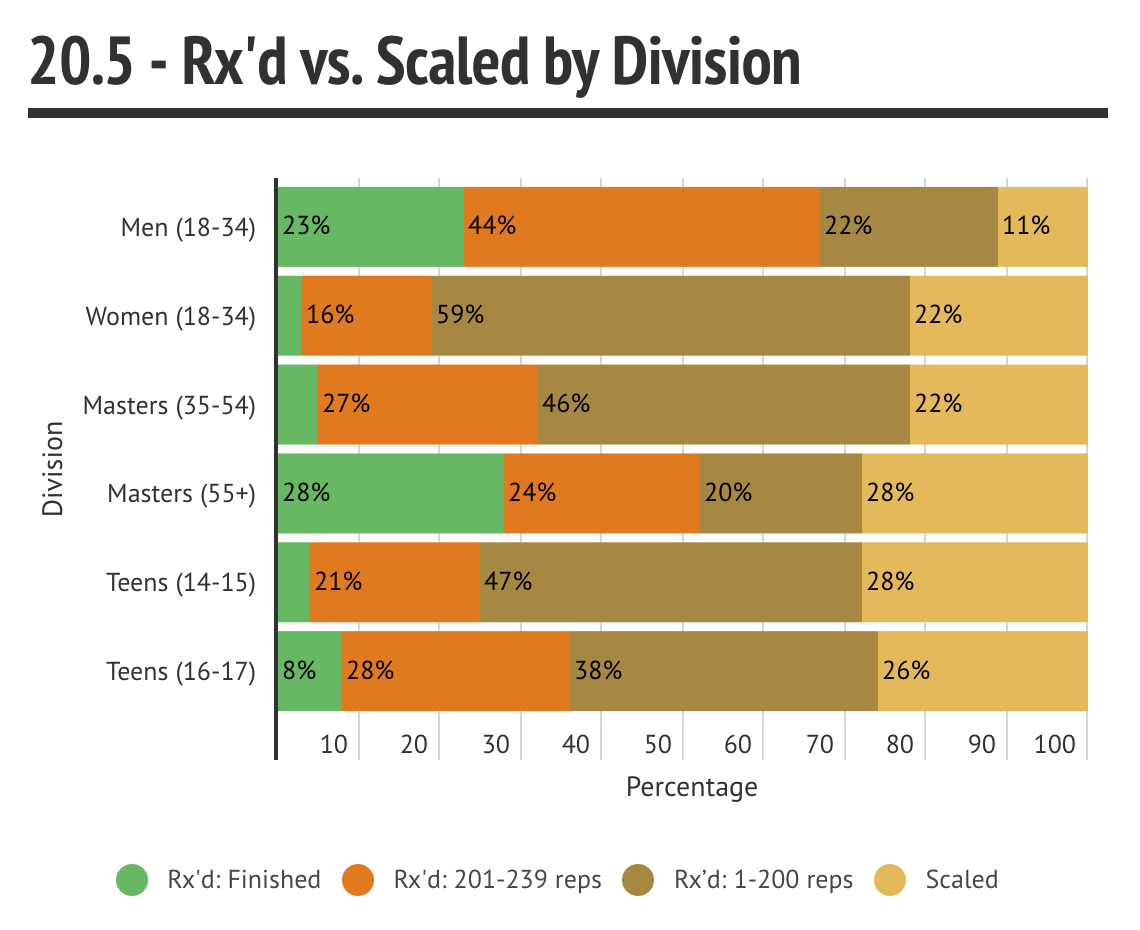 Looking at the Rx’d distribution, we see that very few athletes were unable to finish the 200 reps within the time cap. For both men and women, there was a large concentration of athletes who ended up with 200 reps, meaning they finished the wall balls and row but were unable to perform any muscle-ups. For the men, there was a pretty even distribution of muscle-up ability between the 10-rep groupings shown below, as well as a large group of athletes who were able to finish the workout within the time cap. For the women, fewer athletes made it into the muscle-ups, and only the very top athletes were able to finish the workout. 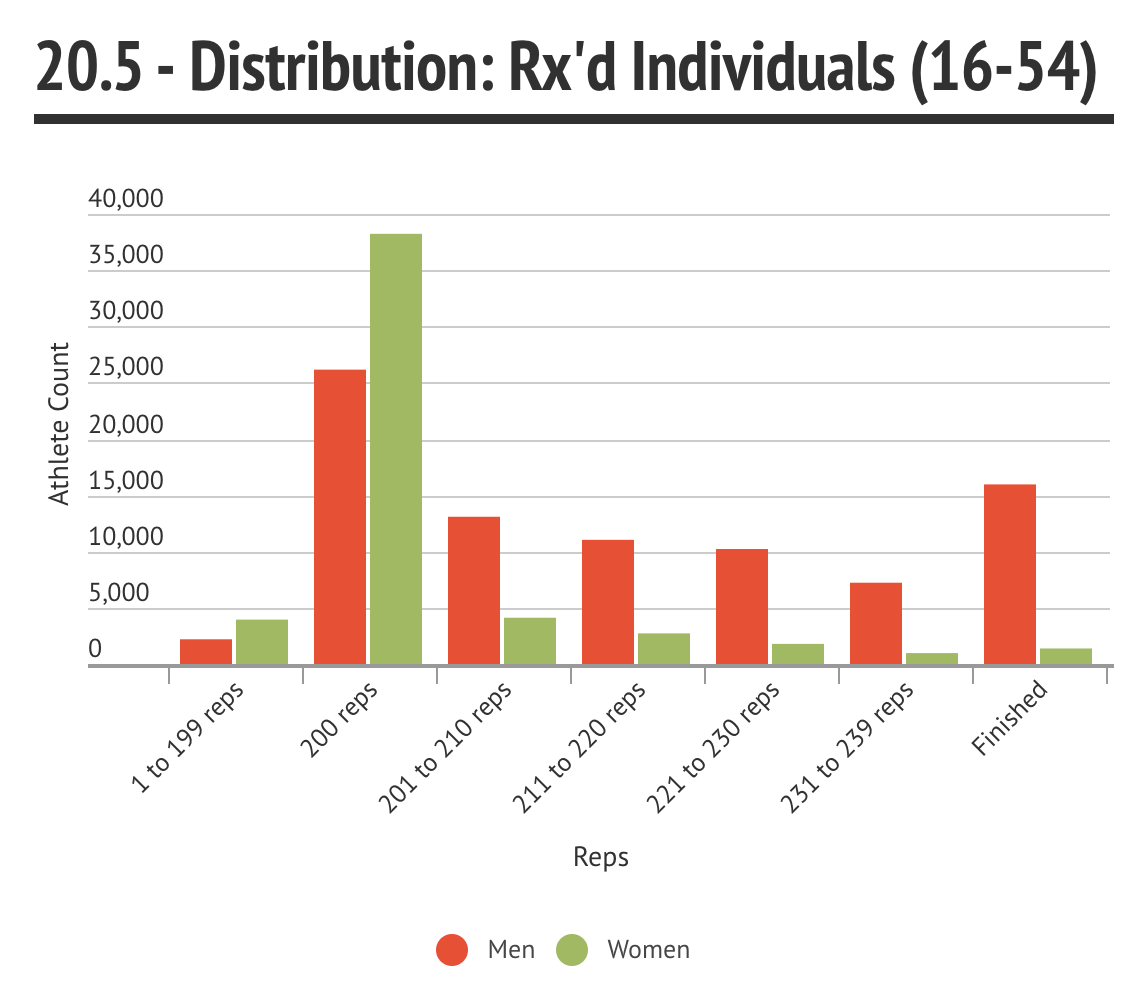 Below is a percentile table with details for all divisions. You can see the breakdown of how many reps or what time it took to achieve a particular percentile. For example, Rx’d Teenage Girls (14-15) needed a score of 213 reps to get into the 90th percentile. You can see the percentage of athletes who did the scaled version in each division as well, and the percentiles comparing scaled athletes against one another. 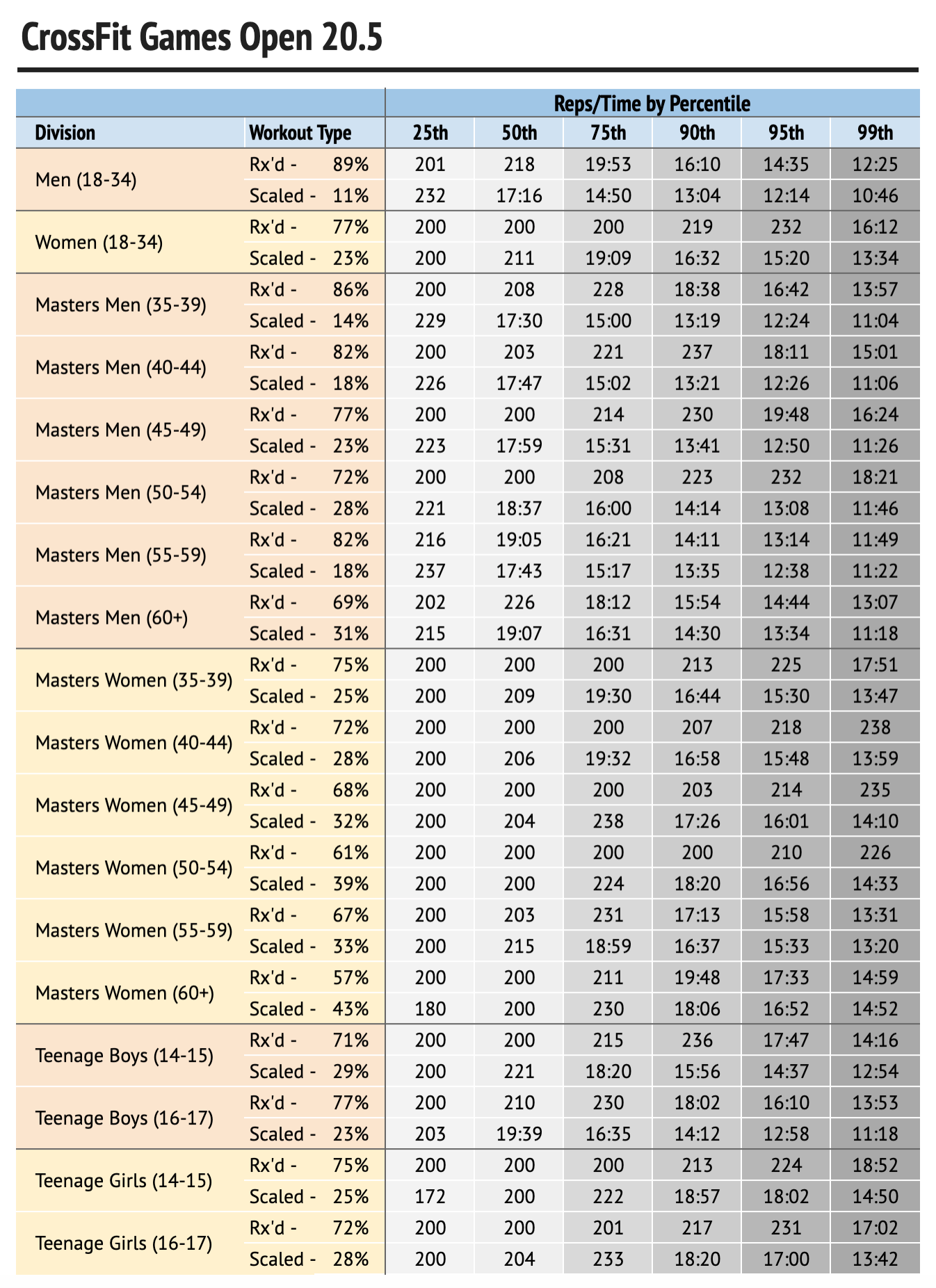